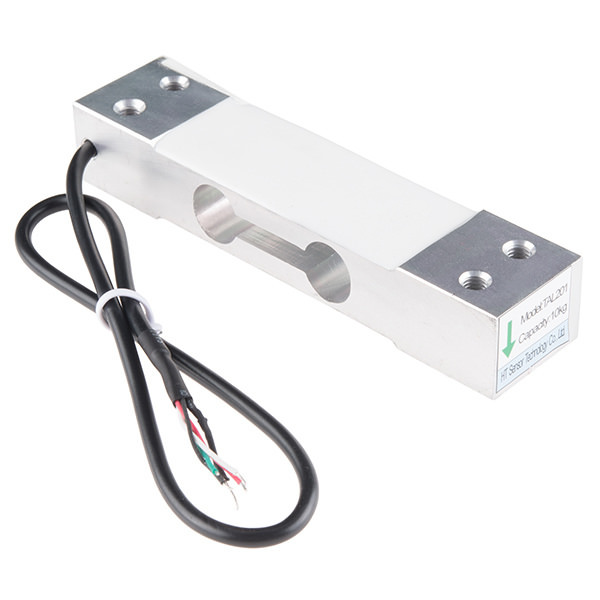 Loads cells are an important component found within many modern machines which facilitate the completion of accurate, digital weighing.

To better explain how they work, let’s take a look at how typical bathroom and kitchen scales function.

ost domestic scales (such as the one pictured to the right) do not feature any type of load cell.

Instead, they utilise mechanical components such as springs which experience compression as the weight of the object placed on the scales increases.

As a result, the platform at the top of the scale decreases in height and this directly correlates to the movement of the scale’s pointer, which indicates the weight of the item to the user.

These types of scales are useful for situations where extreme accuracy is not necessarily required such as baking and general cooking activities, however, they can be limiting for more serious commercial applications.

It should be noted that more sophisticated scales are becoming used in the home environment, with digital bathroom scales just one example.

Load cells are a type of transducer which 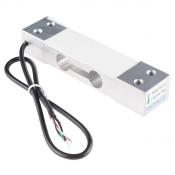 is essentially a device used to convert energy from one form into another. In the case of a load cell, an object’s weight is converted into an electrical signal.

However, there are numerous types of load cells used to output additional signals such as pneumatic and hydraulic for specific applications.

Once the desired signal has been obtained through the conversion process, this can then be sent through to a display unit which provides users with a highly accurate, instant reading of the object’s weight.

Strain gauges are a seminal component of many load cells. As the load cell is exposed to stress from the weight placed on the scale, strain gauges are able to capture this due to the correlating linear change in electrical resistance.

Measuring these changes and applying a conventional metric such as pounds or kilograms allows for the item’s weight to be established.

Strain gauge load cells are the most prevalent type of load cell used today and can be found in a range of industrial machinery such as laboratory balances, weighbridges and universal testing machines (UTM) which record an object’s tensile of strength.

Load cells are extremely important in the weighing industry as well as for any business which is affected by the weight of manufactured goods.

In addition, load cells are also used to monitor the structural integrity of buildings in order to prevent damage from occurring and protect the residents inside.

This is particularly pertinent to skyscrapers and buildings with unorthodox structures as these can be more susceptible to damage caused from pressure changes and extreme weather conditions.

The development of load cells has allowed for faster, more accurate weighing measurements to be obtained and this is why they have become increasingly widespread over the years.

Solent Scales is a leading provider of high quality industrial weighing scales with services including sale, hire, repair and calibration.

To find out how Solent Scales can help your business, click here.