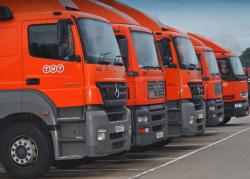 Distribution networks within our country and around the world are one of the main things that keep our economy flowing – and our world operating – as we know it. The distribution and haulage industry transport goods and resources across nations and borders to places where they are needed.

Between June 2015 and June 2016 in Great Britain alone, 156 billion tonne kilometres of goods were transported around the nation. Heavy goods vehicle drivers make up over 300,000 jobs in the UK and a genuine fear amongst these drivers is automation. 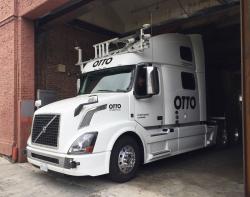 Automated, self-driving trucks are actively being worked on by some of the biggest names in the transport, automation and distribution industry. Companies such as Otto, Uber, Google, Volvo, Amazon and Tesla are all reportedly working on their own solution to crack the driverless heavy goods vehicle before the competition do. Almost all of the big names in the industry are currently testing their units on real world roads amongst the public.

But what does driverless haulage and distribution mean for the industry and what are the knock-on-effects of removing humans from the equation?

Currently, the haulage and distribution industry has a number of safety restrictions placed on them in order to maintain a safe level of operation. Most notably, drivers must adhere to a strict limitation on their total driving hours and take scheduled breaks to reduce fatigue related dangers.

This costs the industry money; time waiting for the driver to rest is time that an automated vehicle could still be driving to the destination. Of course, a driverless truck doesn’t need to rest and a company doesn’t have to pay for the truck’s time. 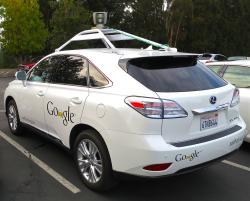 This is part of the reason why self-driving trucks are evolving and developing so quickly when compared to other self-driving vehicles. Whilst self-driving cars are a luxury and will only become popular when the majority of consumers can afford them; self-driving trucks will actually save companies money, moving them from a commodity to an investment. Businesses are actively looking to move to driverless vehicles as a cost saving measure.

What does this mean for consumers and businesses?

In theory, future haulage will fall in cost as the technology becomes more reliable, more affordable and more prolific. As the globalisation of the technology takes over, we would hope to see these costs translated to the consumer. In a world where consumers actively look for the lowest possible price, the popularisation of this technology can only drive the costs to consumers down.

Suddenly, automated vehicles can talk wirelessly to other automated facilities, such as weighbridges and loading bays. Everything within distribution can become automated and costs will begin to rapidly fall. Hopefully, transferring the savings onto the consumer.

Interested in "automating" the weighing of incoming and outgoing vehicles at your facility? Take a look at our driver operated weigh bridges.