Few people give retail scales all that much thought, which is strange when you consider our lives would be quite different without them.

If nothing else, the weekly shop would take considerably longer…

The beauty of this kind weighing equipment however lies in that very simplicity.

It’s become a fixture of trade markets and grocery stores and as such, a fixture of our routines. They’re something we rely on… without really acknowledging it.

The earliest price-indicating scales originated in America back in the late 18th century.  Technology and small format weighing have come a long way since and we’ve chosen to spotlight the most prominent and popular retail scales of the modern era. 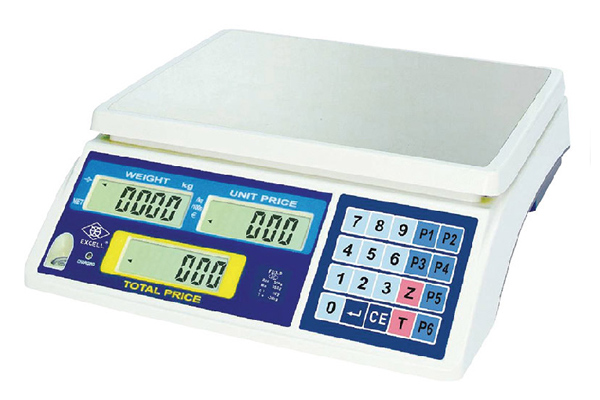 The most widely deployed retail scale is without doubt the price computing variety.

Put simply, they weigh products and instantly compute their cost.

Said cost is displayed not only for the operator’s benefit but the customer also, this courtesy of a backlit LCD screen. Also shown are weight and price per unit, for anyone wanting to keep tabs.

Nearly all price computing scales come complete with a stainless-steel pan, onto which items are placed. This surface is large enough to take produce and lends itself to intensive cleaning and sanitisation thereafter. This has never been more important.

Moreover, they are easy to use, simplifying transactions for both parties.

The majority of modern price computing scales now come with rechargeable batteries, some allowing for up to 60 hours of continuous use without the need for a power supply.

Businesses on the lookout for their own however must ensure they secure trade approved models, cleared for use in transactions based on weight.

Those available through Solent Scales are all EC approved, meaning they can be used for that very purpose in Europe.

Failure to deploy Trade Approved Scales can result in hefty fines totalling £1,000. Those gaining this seal of approval, do so having successfully come though a series of stringent tests.

Large capacities, front and rear backlit displays and overload protection now come as standard on most price computing scales. There are though a handful of special features which differentiate the best from the rest.

Among them are Product Look-ups, or PLUs for short. These are invaluable for large stores stocking thousands of items, the information for which can be stored in the scale and queued up without having to enter all the relevant details.

Strong IP ratings are also important for those retail scales that may come into contact with liquids. An IP66 rating ensures it will withstand powerful water jets… should it ever encounter them.

Depending on your location, you may also seek out price computing scales that offer multiple currencies. This certainly appeals to those operating near borders or in multi-lingual states.

Finally colour coded keyboards can be secured, helping to differentiate between the most commonly used buttons. 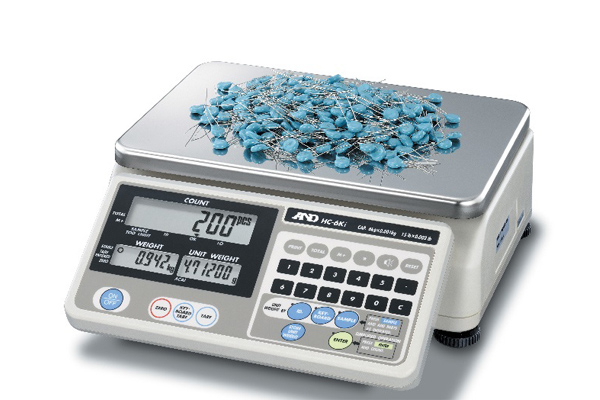 Next up are counting scales and the clue is very much in the name.

In short, they count the number of pieces in any one batch.

This is ordinarily achieved after taking an initial sample weight – typically the first weighed or entered manually on a keypad. The total weight is then divided by the sample weight.

Counting scales are most effective when measuring items that weigh the same. They are commonplace in distribution warehouses as staff audit quantities before sending products on their way.

While counting scales are rightly considered retail scales they rarely come into contact with customers. Instead, they pay a background role, assisting in stock takes, packaging and even coin counting once a shop closes for the night.

They help to reduce the time and effort associated with each of those tasks and lend themselves to record keeping, given USB interfaces are easily connected to computers and printers alike.

Theirs is every bit the supporting role. 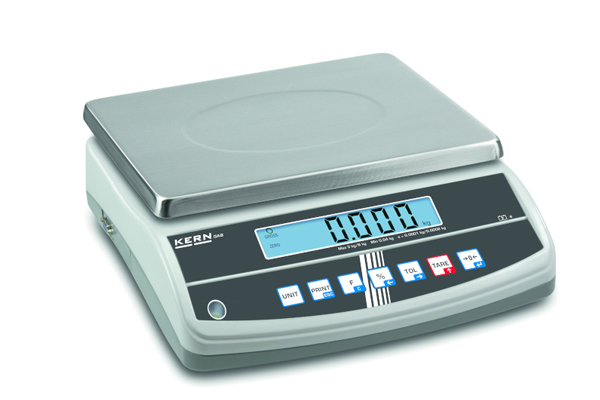 Finally, we have checkweighing scales, which tend to work on range as opposed to exact quantities.

A growing number of weighing scales, including bench and floor types, have this functionality built in.

Checkweighing scales are hugely effective at ensuring you sell the right amount of product – not too much, not too little.

They do so by comparing the weight of products to pre-determined numbers already set within the scale itself.

Items can be weighed both automatically and manually using this equipment.

They are designed to help companies adhere to regulations whilst monitoring the efficiency of their own product lines.

They’re effective at identifying missing components, be it lids or labels, and may even sound an alarm if that’s the case. Others flash lights using a red, amber and green scale. Either way deviations are nipped in the bud!

Also referred to as checkweighers, they have become a staple of food manufacturing businesses and those packaging perishable items.

Checkweighing scales allow for better quality control and a consistent stream of products.

While further small format weighing equipment can contribute to the retail sector, the aforementioned scales are the most established and reliable.

Between them they instil confidence, with both customer and operator knowing theirs is a trusted transaction.

Want to purchase or hire Retail Scales? Request A Quote or Contact Us.

Have you seen these related articles?