On June 23rd 2016, the UK decided to depart from the European Union, a collection of 28 member states, following a majority vote of 51.9% in favour of the leave campaign. 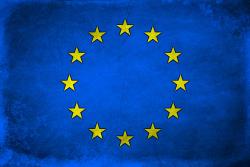 Whilst the actual act of exiting the EU will likely take around two years to fully complete, its effects have already been felt throughout many British industries.

Companies operating in the weighing industry will inevitably face a number of challenges instigated by the vote; however, there may also be some unforeseen advantages too.

This article is by no means designed to sway your view of Britain, the EU or any other aspect of Brexit but, instead, to raise awareness of how this considerable change may affect you, your company and your clients.

Many laboratories in Britain receiving the majority of their funding from the government and, therefore, some may find their budgets will soon begin to diminish.

Despite parting with an annual contribution of approximately £16.8 billion towards the union, Britain also receives substantial remuneration from the EU as well. Much of this money is used to support tourism, farming, medical research and other important areas of our economy.

When article 50 is invoked and Britain finally parts ways with its long-term friend, a gargantuan source of funding will instantly be lost and this has the potential to have huge repercussions for laboratories nationwide.

So what does this mean for us?

Less funding will result in laboratories tightening their belts to stay effective and this will lead to reduced spending on advanced equipment such as precision balances.

Suppliers will need to offer increasingly competitive prices in order to secure sales and this will inevitably affect their profitability as a result.

When discussing Brexit and its effects on UK manufacturing, “uncertainty” is surely the name of the game.

Following on from the worrying collapse of the UK’s Factory Purchasing Mangers’ Index (PMI is an overall measure of the manufacturing industry’s performance), recent developments have now shown a quick recovery with a record 10-month high in August.

However, these events show how the manufacturing sector is easily affected by overseas affairs and this could result in additional declines being caused by changes to our relationship with the EU.

Demand for UK production is regaining some traction; however, this can be partially attributed to the lower exchange rates of present which are hindering the revenue of many businesses.

These regulations help to promote and maintain a high level of quality within the industry, ensure products are able to be sold throughout the EU and protect all stakeholders.

In an ideal world, the UK would simply retain the existing directives (as well as acquire those yet to be implemented), however, the leave vote seems to have complicated this situation considerably.

The use of UK-specific regulations would involve a large turnaround time to fully implement and would also make life problematic for businesses due to the increased costs and administration this would would naturally create.

In order for the UK to remain within the status quo of current EU directives, a notified body would need to be established, however, this may not be possible given our prospective EU relationship.

Despite not being member states themselves, similar agreements have been achieved by countries such as Switzerland and Norway previously.

Although this shouldn’t be ruled out, Brexit has certainly been a rollercoaster of controversy and, therefore, a comparable agreement may not be quite as easy to obtain.

Whether you are for or against Britain’s vote to leave the EU, it’s important to accept the situation, identify the potential advantages or disadvantages and to prepare your business for the future.

Learn about our weighing scales services by clicking here.