Through years of medical research and justifiably large investment from the world’s governments, our ability to produce vaccinations for a range of diseases has improved dramatically.

Modern vaccines have helped to save countless lives over the years, as well as improve people’s quality of life by reducing the severity of their symptoms.

In this blog, we will be taking a brief look at the history of vaccinations, how they have helped people over the years and how they work.

The majority of us have now become accustomed to modern vaccinations; however, rudimentary vaccinations actually date back to as early as the 17th century.

Born in May 1749, the English Doctor Edward Jenner is considered by many to be the father of vaccinology after his attempt to treat a young child with cowpox proved successful in obtaining immunity against the virus.

Jenner provided an 8-year-old James Phipps with immunity by extracting pus from a cowpox victim and injecting this into the child’s arm. 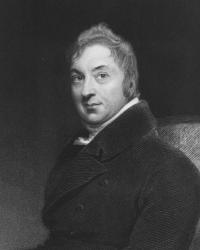 This seemingly simply process marked what is now seen as the beginning of vaccinology by proving that patients can be immunised by subjecting them to a small quantity of the disease itself (albeit in a slightly different form).

Jenner’s now proven thesis was heavily inspired by the story of local milk maids who avoided suffering from smallpox due to having previously contracted cowpox.

Smallpox is a disease which can be debilitating and even fatal whereas, in human cases, cowpox is much less severe.

He used the information regarding the milk maid’s resistance to smallpox and applied this in practical applications which ultimately led to the complete eradication of smallpox around two centuries later in 1979.

Fortunately, this same principle can also be used to provide immunity against other diseases.

In simple terms, vaccinations work by slowly introducing a person’s body to a specific disease in the form of a weakened or even dead antigen (a substance which triggers a response from the body’s immune system).

This antigen is not capable of starting development of the disease or virus in question but its presence alone is enough to get a reaction from our body. In this case, that reaction is the production of antibodies.

Antibodies are produced when antigens and other threats are detected within our bodies and work to break them down in order to prevent us being harmed by nasty infections.

After a person has been vaccinated and the weakened antigen has been dealt with, many of the antibodies will expire, however, there are also ‘memory cells’ which remain long after.

The next time the body is threatened by a real (or ‘active’) antigen, these memory cells enable the immune system to produce antibodies at a much faster rate and break down the threat before it becomes a problem.

Without vaccinations, the immune system can often fail to produce antibodies quick enough to combat external threats and this is when diseases begin to develop and take over.

Since Jenner’s revolutionary work back in the 17th century, vaccinology has progressed immensely, with vaccinations available for diseases such as polio, rubella, hepatitis B and many more.

Whilst there will always be more work for vaccinologists (there are currently only two diseases which have been completely eradicated), we must be grateful to live in an age where many of the world’s most deadly viruses are now treatable.

Even for diseases which currently lack a fully-fledged vaccine (such as influenza and tuberculosis) there are still many partially-effective treatments available which can help to ameliorate symptoms.

Ongoing research into vaccinology is helping to protect the lives of millions of people each and every year with around 5 million lives saved annually from smallpox eradication alone.

Learn more about our services by clicking here.